From May 23 through May 30th, an electric plane developed by Beta Technologies took off from Plattsburgh International Airport in eastern New York and traveled all up into Bentonville, Arkansas. With a couple of stops between, the aircraft completed 1 403 miles as per The PopSci.

From taxis to longer trips

The event was a paradigm shift in how electric aircraft are seen, from taxis only taking short journeys to vehicles that are able to take on longer trips.

“I think that with this type of flight, at a very high level, we change the image of what electric aviation is,” Beta CEO Kyle Clark told PopSci. “It’s not an aircraft that’s hopping within a city; it’s not flying test flights around a range, unmanned; it’s you put a couple of pilots in it, you put some cargo in it, and you go halfway across the country.”

What is it that makes the product known as Alia exceptional? First of all, it is equipped with an impressive charging system.

“Beta’s thoughtfully designed network of charging systems provides the foundation for electric transportation. Designed to be multimodal, our chargers supply the power needed to safely, quickly, and efficiently charge electric vehicles both on the ground and in the air – seamlessly integrating with existing transportation infrastructure in any environment. With nearly 60 sites online or in progress, we are paving the way for a network of chargers ready to support new and existing modes of electric transportation,” on the Beta website..

The company says that its programmable charging systems are able to be installed as standalone units as well as integrated into distribution centers. With the possibility of tapping the power of solar panels already on site and storage of energy The systems are long-lasting as well as reliable and designed to accommodate an electric multimodal transportation system.

“From fleet charging and private hangars to individual fast-charging, we have a solution that fits every operator,” says Beta on their website.

Alia is three years in the development process, according to Beta. “Alia began as a simple sketch, designed on basic principles of engineering to fly in the most efficient manner possible. Its ability to take off and land vertically and then transition to long-range flight is a defining characteristic,” says Beta on its website.

Alia isn’t just the first electric plane to have the potential to travel for longer distances. The year was 2021 when Wright Electric introduced the idea of an electric plane with 100 seats that’s goal was to completely eliminate any emissions from flights less than 800 miles (1287 km). The plane is currently in development, however, it is causing some competitors for Beta.

Additionally, at present more than 70 companies in aviation are working on the first electric flight of air vehicles in 2024. This implies this means that in the near future, aviation will be clean and green this is something that we should be excited about! 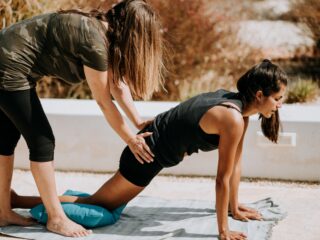