Astronomers have imaged a beam of matter and antimatter that is 40 trillion miles long with NASA’s Chandra X-ray Observatory. The record-breaking beam is powered by a pulsar, a rapidly rotating collapsed star with a strong magnetic field.

Using NASA’s Chandra X-ray Observatory, astronomers have imaged a record-breaking beam of matter and antimatter that is 40 trillion miles long, according to a press statement by the organization released on Monday.

The filament was first spotted all the way back in 2020, but researchers could not estimate its full length because it extended beyond the edge of the Chandra detector. New observations produced in February and November 2021 show the filament is about three times as long as originally seen, spanning about half the diameter of the Full Moon in the sky.

These dimensions make the filament the longest one from a pulsar (a rapidly rotating collapsed star with a strong magnetic field) as seen from the Earth.

“It’s amazing that a pulsar that’s only 10 miles across can create a structure so big that we can see it from thousands of light-years away,” said Martijn de Vries of Stanford University in Palo Alto, California, who led the study. “With the same relative size, if the filament stretched from New York to Los Angeles the pulsar would be about 100 times smaller than the tiniest object visible to the naked eye.”

The pulsar responsible for this mysterious event is named PSR J2030+4415, is located about 1,600 light-years from Earth, and it may help to answer one long-standing question, what is the source of the Milky Way’s antimatter?

The scientists speculate that the pulsar may be leaking positrons, the antimatter equivalent of the negatively charged electron, into the galaxy.

“This likely triggered a particle leak,” said co-author Roger Romani, also of Stanford. “The pulsar wind’s magnetic field linked up with the interstellar magnetic field, and the high-energy electrons and positrons squirted out through a nozzle formed by connection.”

Scientists now speculate that similar cosmic leaks may be spraying matter and antimatter over trillions of miles creating the source of the positrons observed by special detectors on Earth. 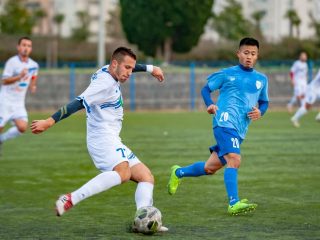